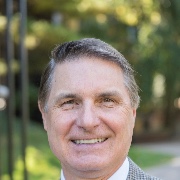 With what he calls a "Liberal Arts Career", Zach has had a wide variety of job opportunities starting as a na-val aviator out of college. He has been president of large and small companies, both public and private, worked for movie production companies, developed and sold real estate, consulted and facilitated business turnarounds, and had various roles in the investment community. He grew up New Jersey and graduated from Franklin and Marshall College (F&M) in Pennsylvania. After working in Yellowstone National Park during the summer of 1994, his life's goal was to become a park ranger, so he majored in geology. F&M sent him to Sedona in 1976 on a geology joint project. While in Se-dona, he became interested in flying and retired from the military 21 years later 13 of which were in the re-serves. In 2002, he started developing real estate in Sedona Arizona. In 2005, as the rapid rise in real estate prices made him nervous , he completed his final real estate project and sold all his real estate holdings, including his personal residence. Despite the fact that he took his required art class pass/fail his senior year, a friend convinced him to get into the art business as his real estate business was winding down. Though Zach now has a complete understand-ing and appreciation of art, the driving force that he enjoys the most about the art business is the people. He finds the people who purchase, collect and create art have a great appreciation of life and are intriguing to be around. An active Sedona community member, Zach serves on the Sedona Lodging Council, Sedona Gallery Associa-tion, Sedona Main Street Program Board, Foothills Homeowners Association Board, Sedona Chamber of Commerce and Sedona Tourism Bureau, Sedona 30 (a non-profit community enhancement group) and was the elected president of the Sedona Oak-Creek Unified School District. 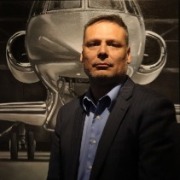 Chris Olguin was born in Aurora, Colorado in a US Army Medical Center. With his family working mainly for the US Government in both the Military and in the Civil Service, Chris has lived in many parts, across the United States of America. After graduating High School in Loveland, Colorado he enlisted in the U.S. Army, carrying on his family’s tradition in service to our Country. As a Military Police Soldier Chris has run the gambit of positions in the Law Enforcement field, internationally.  While stationed in Belgium and serving on a Personal Security Detail, Chris received his first bite from the art bug. In the summer of 1998 Chris saw what was to become his favorite painting, the “Madonna Delle Rocce” (The Virgin of the Rocks) by Leonardo Di Vinci. It would come to pass that the art bug would really sink his teeth into Chris when he was stationed in Vicenza, Italy for three years. During this time Chris was fortunate enough to have meet many people who encouraged his love of the arts. In 2014 Chris retired from the U.S. Army and went back to school at the greatest college in the world, Texas A&M. Chris graduated with Honors, receiving a degree in in Anthropology, a Minor in Museum Studies and a second Minor in Art and Architecture History. A search for long standing art galleries led him to the Sedona area, where he moved to in January of 2019 to follow his passion in Arts as a Gallery Director at the Gallery of Modern Masters. 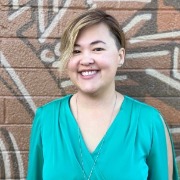 Prior to joining Gallery of Modern Masters, Angela Palmer worked as a  marketing and organizational consultant for artists, arts organizations, and nonprofits. She initially moved to the Sedona area to work as the gallery director of Kuivato, a Creative Gateways Gallery and Creative Gateways where she grew a community of artists and improved the operational efficiency of the organization. Prior to moving to the Verde Valley, Angela used her expertise to lead the marketing teams at such multi-million-dollar arts organizations as The Phoenix Symphony and Free Arts for Abused Children of Arizona. Angela had previously worked as a high school mathematics teacher in a transfer school in Brooklyn, New York. She served over-age, under-credited teens who were receiving their last chance to graduate with a high school diploma. Angela earned a bachelor’s degree in psychology from New York University, a master’s degree in mathematics secondary education from Columbia University, and a master’s of business administration with a focus on global management from Thunderbird School of Global Management.